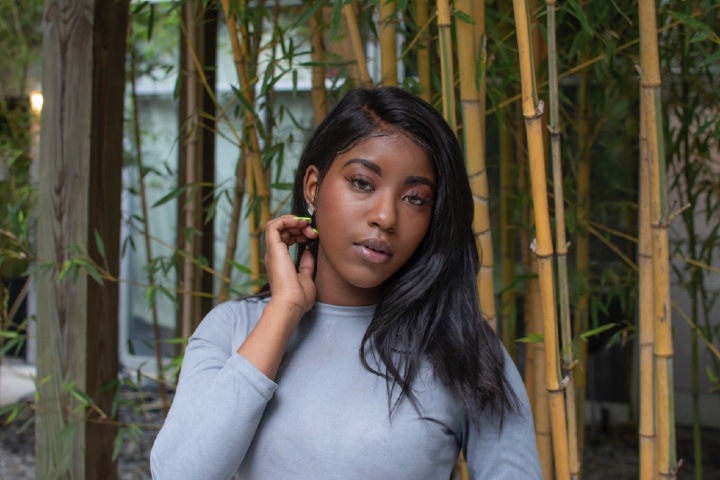 Bridgeja' Baker (pronounced Bridgeja-jay) is a jewelry designer from New Orleans, Louisiana with over 12 years of experience in the jewelry field. Baker is a senior at The Savannah College of Art & Design, with a major in Jewelry and a minor in Business Management.  Bridgeja' began her business at the age of 10, after an orthodontist visit that lead her into the doors of a beading shop.  Over the years, Bridgeja has received many awards and accolades including, City Business Innovator of the Year Award, The Artie Award from Delta Sigma Theta, a letter of recognition from Former First Lady Michelle Obama's Chief of Staff (Melissa Winter), received a Proclamation from the City of New Orleans, recognized by the SCORE foundation for being a minority owned small business, etc. Over the years, Bridgeja' has had the pleasure of making jewelry for 5 wedding parties, making custom pieces for various political figures and actors/ actresses in New Orleans, as well as being featured in various publications in Louisiana as well as other states.  Bridgeja's inspiration for creating jewelry comes from her love of her hometown, New Orleans.  Bridgeja is inspired by New Orleans because the city is so full of history, beautiful architecture, and culture.  Bridgeja's goal is to create custom jewelry pieces and create lasting relationships with her clients.

My information was published in a book called “The Diva Guide to Style and Self Respect It’s your pocketbook to success! (Authors Cheryl A. Wadlington and Sonya Beard).

I participated in the Senate Committee roundtable discussion entitled “Closing the Wealth Gap through the African American Entrepreneurial Ecosystem”. I was recognized as being “the youngest witness in the Senate Small Business Committee’s history according to Senator Mary Landrieu.

Art in the Yard

The Proclamation from the City of New Orleans (February 25, 2010)

I received an acknowledgement letter for the jewelry design I submitted to Mrs. Michelle Obama for consideration as her jewelry designer.

I am committed to support organizations that I believe in. I have donated a percentage of my earnings to the following organizations: The New Orleans Society for the Prevention of Cruelty to Animals, Children's Hospital, Unity of Greater New Orleans and Mother's Helpers. I have also donated speciality items to the following organizations to help with their fundraising efforts: The Louisiana Breast Cancer Task Force, The Hume Child Development & The A.P. Tureaud Chapter of the Black Law Student Association.